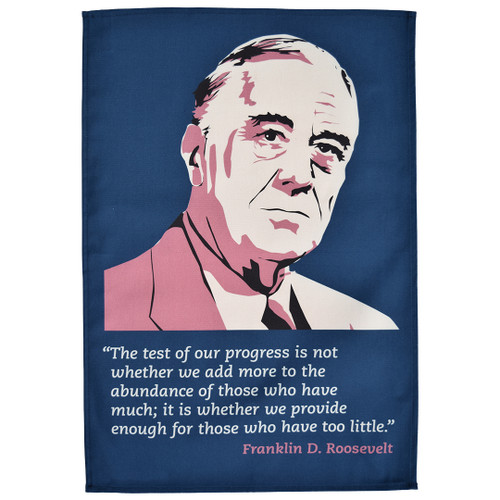 Roosevelt was the longest serving US President, in office continuously for 12 years. In that time, he led the US through two major global events. Coming into office in 1933, his first task was dealing with the ongoing Great Depression of the 1930s. He implemented his ‘New Deal’, a program of reform which expanded the role of the federal government massively, sought to create jobs and encouraged economic growth. He then presided over the US throughout the Second World War, cooperating with other Allied leaders to defeat Japanese and Nazi forces and laying the groundwork for a new post-war world order. Unfortunately, although he won the war, he lost the battle with his ill-health, and died while still in office in April 1945. The quote featured on this tea towel celebrates him and a value held in common: