Radical Tea Towel is trying to do some good in the world in three main ways.

Firstly, by promoting Radical History, through our designs, blogs and other content, we want to enhance general appreciation for the people and movements who've won civil rights and democratic freedoms throughout the course of human history. Our belief is that when people appreciate their history, they have a better chance of preserving and enhancing their rights in the future.

Secondly, by operating a successful business and running it in an ethical way, we make a very practical contribution to society by providing meaningful jobs and paying taxes which can then be used for the public good. We employ several individuals directly (designing, writing, marketing and providing customer service), as well as enabling tens of others to work in our supply chain (printing, cutting and sewing) and in the serivces we pay for (email and other marketing initiatives). Each year, we contribute many thousands of dollars to public authorities in sales tax and corporation tax.

Thirdly, we seek to do good in a very direct way by donating to radical good causes.

In the UK, we've been donating for several years now and you can read more about those initiatives on our UK site. In the US, we first had to establish ourselves before starting to give money away, but were spurred into action following the pandemic of 2020! 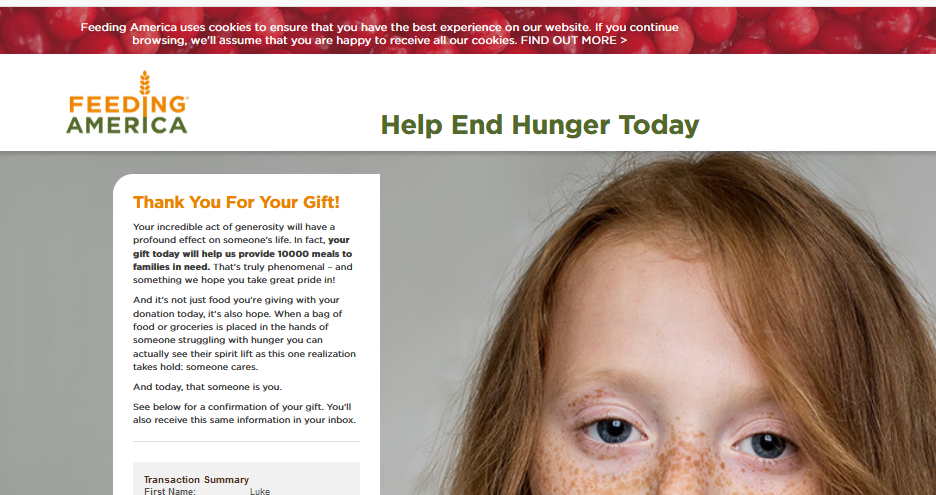 In May 2020, we donated $1,000 to Feeding America. This paid for 10,000 meals for American families in need. We think it's a terrible shame that the richest country in the world has 1 in 9 of its citizens struggling with hunger. But as well as pressuring governments to do their bit to reform society and support the needy, there's a need for those of us with the resources to do our bit too.

Also in May 2020, we contributed $200 to the Berenika Memorial Fund. Berenika Stefanska was a bright and gregarious young woman who worked for the United Nations Food and Agriculture Organization in Somalia. She was a close friend of Radical Tea Towel co-founder Luke, who met her in his first week at university.

Berenika was tragically killed in an aircraft accident in September 2016, on the day that Luke first visited the US to investigate the possibility of expanding Radical Tea Towel across the Atlantic. He'd had the chance to tell Berenika all about the idea when visiting her at her family home in Warsaw, Poland, a few weeks' prior, and she was very enthusiastic about the venture. 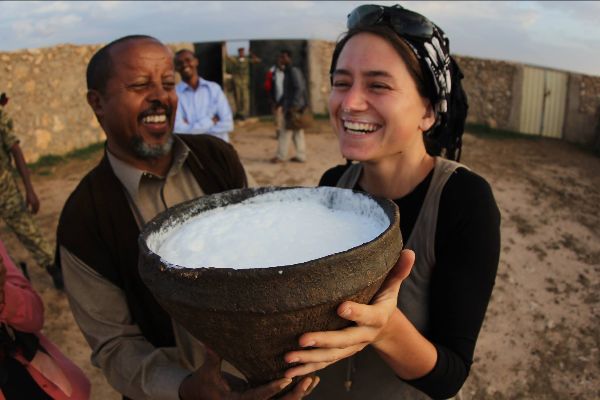 Above: Berenika Stefanska. You can read her obituary in the Guardian, written by Luke after the 2016 tragedy

The Berenika Memorial Fund supports the higher education of Marion Abiona, a talented young Kenyan woman with similar interests to Berenika and who has ambitions to become a teacher in her home country.

In September 2020, and February 2021, in response to the unprecedented Covid 19 crisis and the huge increase in families struggling to pay the bills and feed families, we're really proud that Radical Tea Towel donated an additional $2,100 to Feeding America, a US hunger relief organisation, on top of an earlier donation this year, which now means we've provided 31,000 meals to Americans in need. This was funded entirely by our sales of cloth face masks so our thanks go to our generous customers without whom this would not have been possible.

Additionally, donations of £11,552 have been made in the UK last year to food bank organisations. You can read more on our UK Good Causes page.

We will keep contributing to good causes over the months and years, and we'll write about them here when we do. We believe that all contributions, however small, have the power to do immense good in the world. While we continue to believe that major structural change is required to reform the world for the benefit of humanity, individuals and small organisations such as ourselves still have the power to act and should do so.