What is a tea towel?

Tea towel [noun]: (also known as a dish towel) a cloth used mainly for drying dishes. Our tea towels are made of cotton, include a hanging loop, and are about 19 inches by 27.5 inches in size.

The English, Canadians, Australians and New Zealanders prefer the term 'tea towel'. US citizens, meanwhile, normally use the term 'dish towel' - but those of Italian descent may be familiar with the word 'mappina', which actually means map (apparently because maps were originally drawn on cloth). 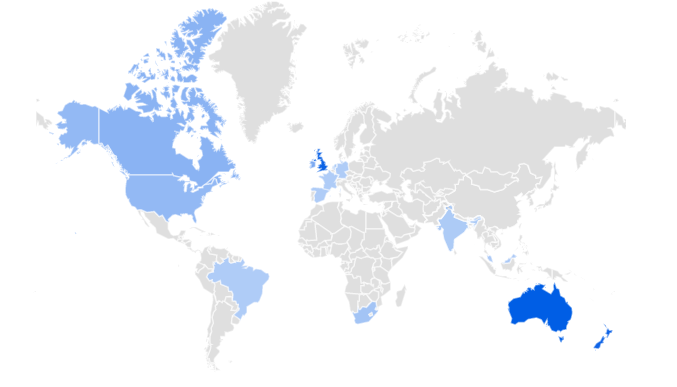 Why do we see this difference in the English-speaking world? Maybe because in 18th-century England, the tea towel was originally conceived of as an accessory for the rich, to wrap around tea pots or food, or clean delicate English china. The idea and term were then spread in the 19th century to countries that were still part of the British Empire.

Dish towels, meanwhile, evolved independently of Britain - just like the United States as a country! They supposedly took off in the US in the early 20th century, when housewives cut up rough cotton animal feed sacks and reused the material. This is also where the name 'flour sack towels' comes from.

Let's just say that tea towels have come a long way since then.

Today you can wave a tea towel at a demonstration.

Tea towels can be used to cover warm muffins.

To wrap a bottle of wine.

Van Gogh painted on tea towels when he ran out of canvas.

Hang one on the wall in your living room.

Send someone a message on a tea towel.

Here's what happened when President Trump encountered one of our tea towels:

A tea towel is an idea.