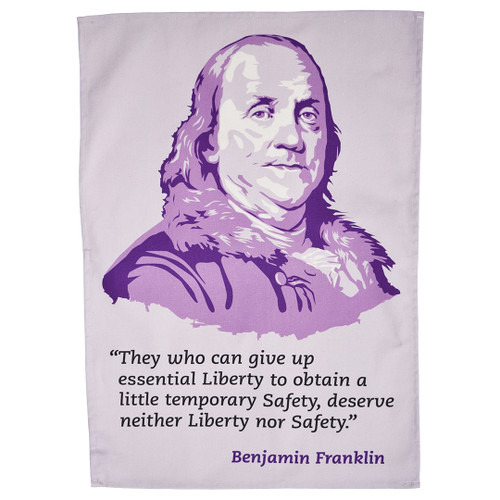 ‘Those who would give up essential Liberty, to purchase a little temporary Safety, deserve neither Liberty nor Safety.’

Before he helped construct the constitutional fabric of the United States though, he was busy inventing other things. When he was 11 years old, he invented swim fins. He later went on to invent the lightning rod, bifocals and the rocking chair as well.

The pen was mightier than the sword for Franklin, and he transformed American politics with it. He was directly involved with editing the Declaration of Independence, contributed to the United States Constitution, and was integral to writing the Treaty of Paris, which officially ended the Revolutionary War. He was the only person to have signed all three of these, making him invaluable to the important documents of his time.

This quote is from a letter that Franklin is believed to have written on behalf of the Pennsylvania General Assembly and defends the authority of a legislature to govern in the interests of collective security.