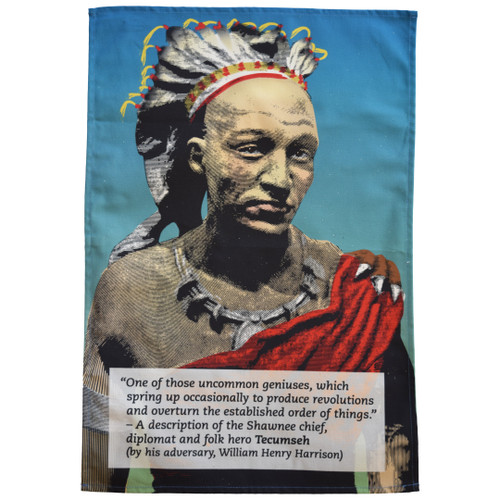 "One of those uncommon geniuses, that spring up occasionally to produce revolutions and overturn the established order of things". These words by William Henry Harrison, who went on to become the ninth US president, describe his adversary, Tecumseh.

Tecumseh (1768-1813) was a Shawnee chief and warrior who promoted resistance to the expansion of the United States onto Native American lands.

He was a persuasive orator and traveled widely, forming a Native American confederacy and promoting inter-tribal unity. Although his efforts to unite Native Americans ended with his death in the War of 1812, he became an iconic folk hero in American, Indigenous, and Canadian popular history.

Before the onslaught of colonists, there were over 10,000 Shawnee Indians. After the War of 1812 and after many conflicts, the number of Shawnee Indians dwindled to only about 3,500 people. Diseases like the flu and scarlet fever that settlers from Europe brought also decimated the population. Today, almost 15,000 Shawnee Indians live in the United States.