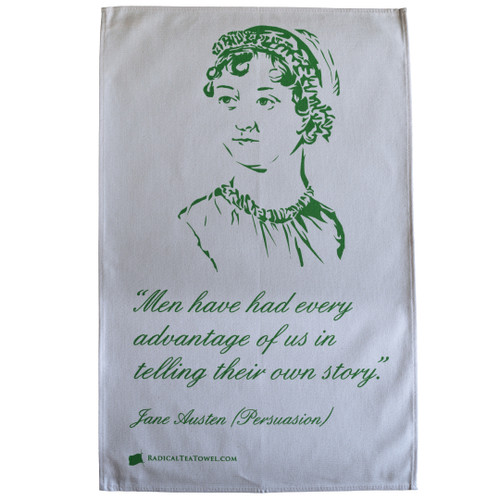 'Men have had every advantage of us in telling their own story.'

And now it was Jane Austen’s turn. Throughout her 41 years Austen wrote just six novels, including Sense and Sensibility and Emma, but these have been subject to two hundred years of analysis and re-reading. Her most well-known work, Pride and Prejudice, remains one of the most popular novels in the English language. Her writing featured strong female characters, and with realism, biting irony and social commentary, she explored the precarious economic situation in which women of the late 18th and early 19th centuries found themselves.

Although celebrated now, Austen was little known while she was alive, publishing all her novels anonymously to avoid the backlash female novelists received for participating in a male-dominated profession. We’re glad that didn’t stop her though – and no doubt so was Winston Churchill, considering he once credited her with helping him win World War II.

Here’s the perfect literary gift to celebrate one of the greats in English literature!