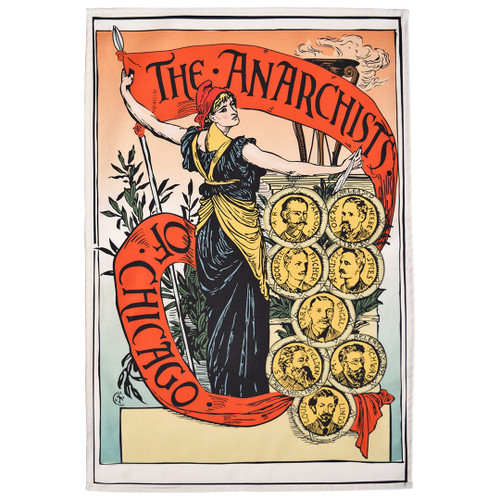 During a rally in Chicago's Haymarket Square in 1886 to support striking workers at a local plant, a bomb was thrown and eight men in the crowd thought to be anarchists were arrested. Four of them were hanged, despite a lack of evidence against them, and the event became an international cause célèbre as well as a turning point in American history and labour politics. Walter Crane, the British socialist artist, chose to mark the occasion with this dramatic woodcut which we have reproduced on this tea towel in stunning colour. Here's your chance to show solidarity with the cause of labour in a radically different way!