Begun on this day in 1894, the Pullman Strike was one of the most significant strike actions in US history

“It seems to me that if it were not for resistance to degrading conditions, the tendency of our whole civilization would be downward; after a while we would reach the point where there would be no resistance, and slavery would come.” – Eugene Debs, 1894

By the 1890s, the US was being turned into an industrial powerhouse at breakneck speed.

Towering over this process – and profiting from it – were a clique of tyrannical corporate barons, and few of them were more cartoonish than George Pullman, of the Pullman Palace Car Company in Chicago.

Rail was big money in the 19th century. With tracks sprawling out across the United States, there was profit (for a lucky few) in building and using the lines.

A union-busting narcissist, Pullman was one of the worst in a bad game.

This wasn't the first time Chicago took centre-stage when it came to class struggle in the US. The Haymarket Affair had taken place just eight years before.

Click here to view our Anarchists of Chicago tea towel


His workers mostly lived in a Company-owned neighborhood on the South Side of Chicago, humbly named (and still named) ‘Pullman.’

So, George wasn’t just the railroad workers’ boss – he was their landlord, too…

And, when an economic depression hit in 1893, Pullman simultaneously docked his workers’ wages while keeping their rents at the same level and charging them extortionate utility rates.

It was the last straw: time to strike.

In an appeal for support to the convention of the American Railway Union (ARU), the Pullman strikers set out their grievances, listing Pullman’s crimes: workers’ reps fired and five wage cuts – the latest one was 30% - all without lowering his rents.

“And thus the merry war – the dance of skeletons bathed in human tears – goes on, and it will go on, brothers, forever, unless you, the American Railway Union, stop it; end it; crush it out.” – Statement from the Pullman Strikers

The Pullman workers were calling for solidarity… and the Union answered. 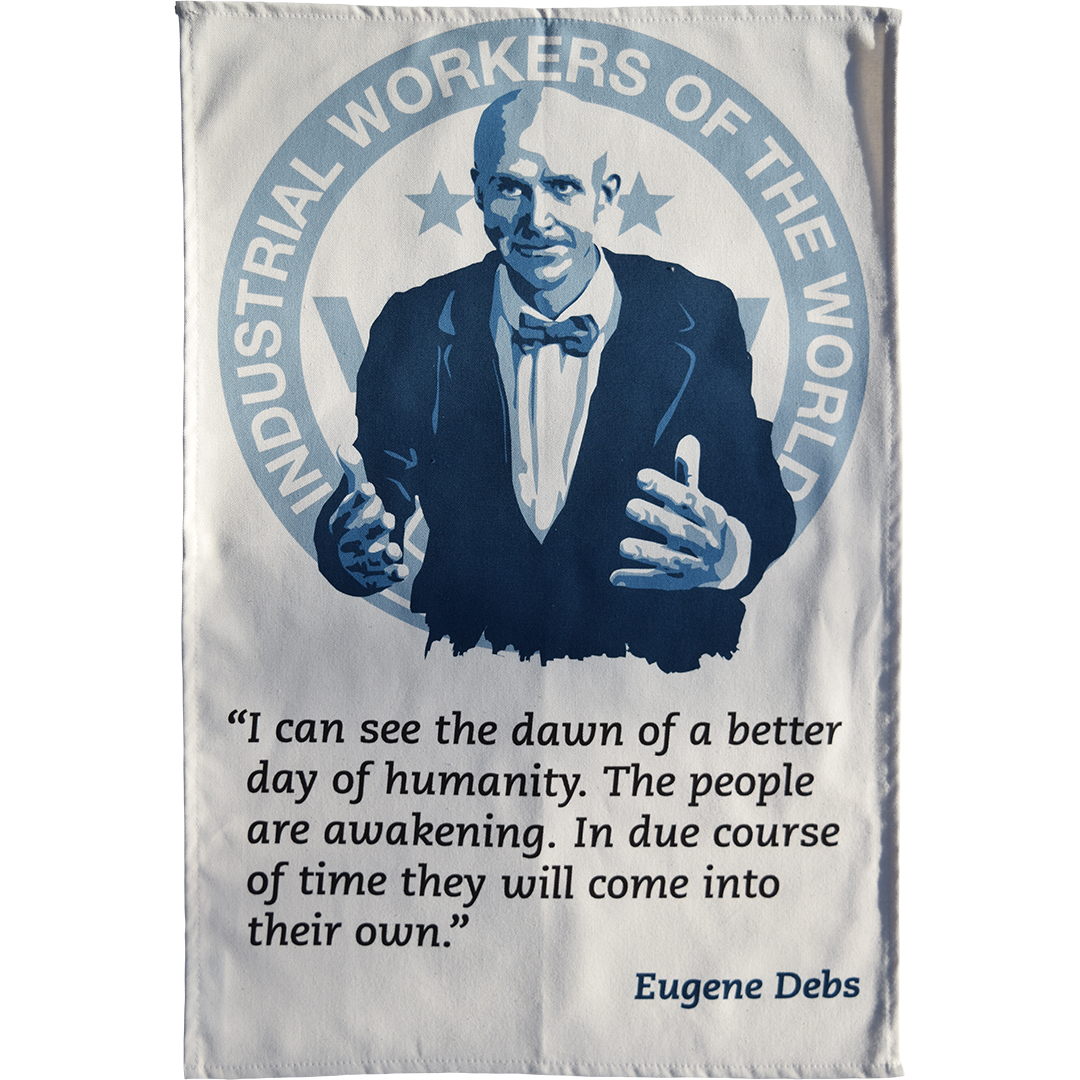 Eugene Debs helped to found the American Railway Union and went on to run for President of the United State five times on a Socialist ticket.


The mighty Eugene Debs had helped form the ARU a year before, with the goal of uniting all railway workers under the same banner, instead of the hierarchical patchwork of craft unions and brotherhoods which prevailed before.

“It has been my life’s desire to unify railroad employees and to eliminate the aristocracy of labor.” – Eugene Debs

When Pullman rail workers walked out, the ARU called for a nationwide boycott of Pullman train cars – which meant most trains in the United States.

Even without the support of the conservative labor unions like the AFL, 125,000 workers had joined the boycott in a few days – all traffic on the 24 railroads out of Chicago was stopped.

The solidarity was electric, and the workers were winning. But then the federal government stepped in on the side of the rail bosses.

Fat cats in the 19th century cried “free market” and “no big government” all day long – that is, until the rare occasions when no government intervention meant labor power would win in a straight fight. Then, the bosses wailed for the biggest, most violent government imaginable.

Pullman and the like wanted state power – judicial, military, police – used on the strikers, and the White House was all too happy to help. 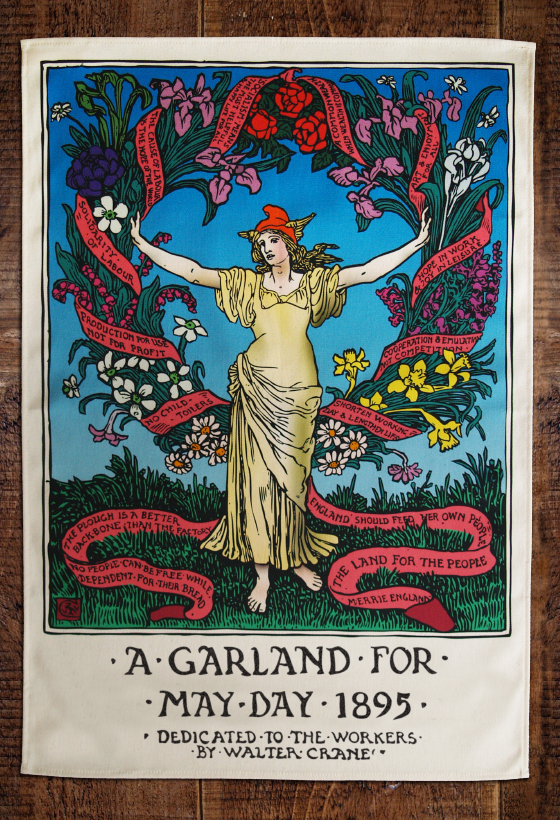 The late 19th century was an important time for labor movements across the world. This Walter Crane poster celebrates International Workers' Day 1895, just a year after the Pullman Strike took place.

Click here to view our May Day tea towel


President Grover Cleveland had his Attorney General, Richard Olney, head up the counterattack.

Olney was a former railroad lawyer himself, who was still, while in federal office, receiving a $10,000 retainer from the Chicago, Burlington and Quincy Railroad…

Olney got a union-busting court injunction against the Pullman Strike on the absurd grounds it was disrupting federal mail.

The strikers ignored the stitch-up and carried on, but the White House could now, injunction-in-hand, send in the army.

Cheered on by a savage press, the army assaulted picket lines across the country. With the support of police and militia, the military killed 34 strikers – 13 in just one day in Chicago. Debs, meanwhile, was arrested for contempt of court.

The Pullman Strike had been broken with an iron fist.

But the American labor movement soldiered on. Debs became a socialist in prison and went on to build up the early US socialist movement, and the extraordinary working-class solidarity at Pullman was repeated, time and again, through the 20th century, from Seattle to the Abraham Lincoln Battalion.

Forever and always, there’s power in the union.