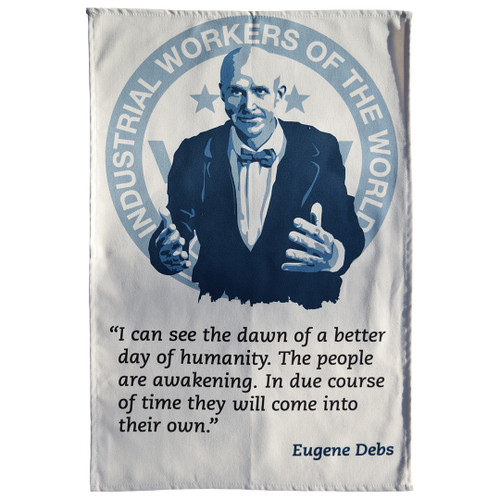 Eugene Debs started out as a railroad worker and helped found the American Railway Union, the first industrial union in the US. He quickly became President of the union, and led a boycott against handling trains with Pullman cars in what became the nationwide Pullman Strike; this landed him a six month sentence in prison for defying a court injunction against the strike. He was one of the founder members of the international labour union Industrial Workers of the World. Debs ran as a Socialist candidate for President of the United States five times, between 1900 and 1920, the last time from a prison cell.