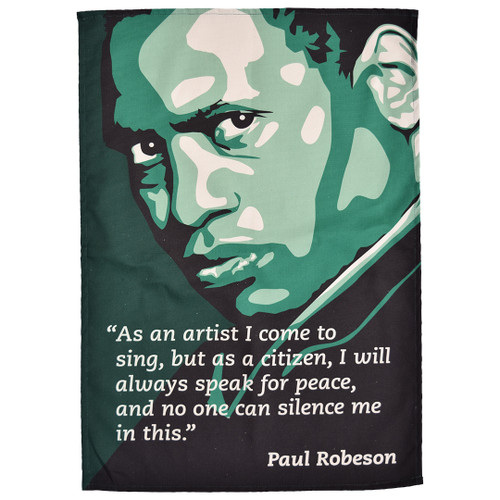 Paul Robeson was an American bass baritone, stage and film actor who became famous both for his cultural accomplishments and for his political activism. His political activities began while performing in Britain in the 1930s. During this period, Robeson became increasingly attuned to the sufferings of people of other cultures, notably the British working class and the colonised peoples of the British Empire. It continued with support for the Republican cause in the Spanish Civil War and his opposition to fascism. In the US he also became active in the Civil Rights Movement and other social justice campaigns. His outspoken criticism of the US government and its foreign policies caused him to be blacklisted during the McCarthy era.