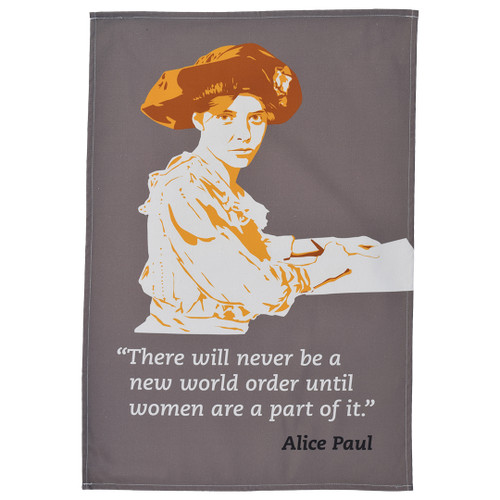 Alice Paul (1885-1977) was a women's rights activist, suffragist and significant leader in the campaign for the Nineteenth Amendment to the US Constitution, which first granted women the right to vote in 1920. Following the success of the campaign, Paul trained as a lawyer then spent fifty years leading the National Women's Party, which campaigned for an Equal Rights Amendment. This goal was largely achieved when women were included as a group protected from discrimination in the Civil Rights Acts of the 1960s. Paul's involvement in the struggle for women's votes dates from her time spent in London in the early twentieth century, where she became involved with the activities of the Women's Social and Political Union and met the Pankhurst family.