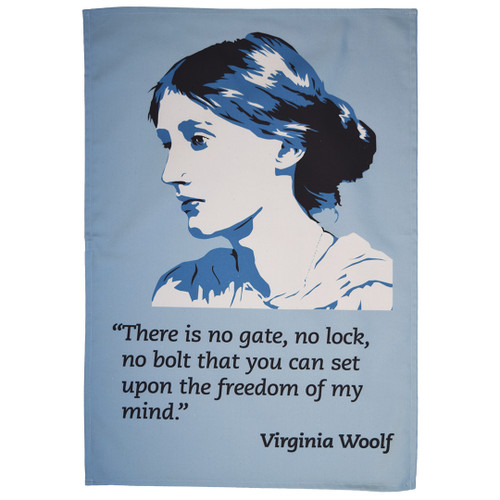 ‘There is no gate, no lock, no bolt that you can set upon the freedom of my mind.’

In 19th century England, where women were expected to be silent, Virginia Woolf let her mind and voice be free. And it was pretty radical: experimental novels, pioneering feminism, outspoken commentaries on homosexuality and mental illness. There was no gate, no lock, no social convention, no glass ceiling that would stop her. One of the foremost modernists of the 20th century, Woolf was a significant figure in London literary society and a central figure in the influential Bloomsbury Group of intellectuals, a group which also included the economist John Maynard Keynes and fellow writer E. M. Forster. Among her best-known works are A Room of One’s Own, a formative series of feminist lectures, and the widely acclaimed To the Lighthouse and Mrs. Dalloway. And if you think she hadn’t done enough for the literary world already, she also founded and ran a publishing house Hogarth, with her husband, publishing novels by Katherine Mansfield, T. S. Eliot, and Forster. Set your mind free with this inspiring literary gift!