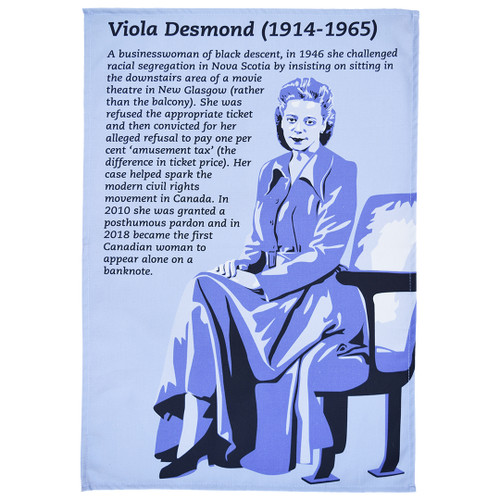 Viola Desmond was a Canadian civil rights activist and businesswoman of black descent. In 1946 she challenged racial segregation in Nova Scotia by insisting on sitting in the downstairs area of the Roseland Theatre in New Glasgow (rather than the balcony). She was refused the appropriate ticket and then convicted for her alleged refusal to pay one per cent ‘amusement tax’ (the difference in ticket price). Desmond's case is one of the most publicized incidents of racial discrimination in Canadian history and her case helped spark the modern civil rights movement in Canada. In 2010 she was granted a posthumous pardon, the Crown-in-Right-of-Nova Scotia also apologized for prosecuting her for tax evasion and acknowledged she was rightfully resisting racial discrimination. In 2018 she became the first Canadian woman to appear alone on a banknote, the $10 bill. Desmond was also named a National Historic Person in 2018.