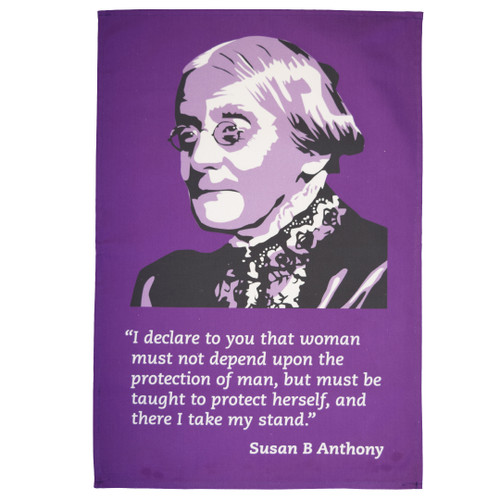 Susan Brownell Anthony (1820-1906) was a women's rights activist and revered figure in the United States women's suffrage (aka woman suffrage) movement. Working with her friend Elizabeth Cady Stanton, Anthony launched a women's rights newspaper in 1868 called 'Revolution', spearheaded a huge anti-slavery petition, and launched a number of groups campaigning for women's suffrage. On November 5, 1872, she and 14 other women cast their ballots in the presidential election, fully aware that their actions were technically illegal. The pioneering suffragist was later singled out, arrested and charged with voting unlawfully. Anthony described the arrest as the “greatest judicial outrage history has ever recorded". Her trial took place the following June and she was fined $100 and convicted. Nevertheless, by the end of her life she had become a respected public figure. The nineteenth amendment to the US Constitution, which gave women the right to vote in 1920, is known as the 'Anthony Amendment'.