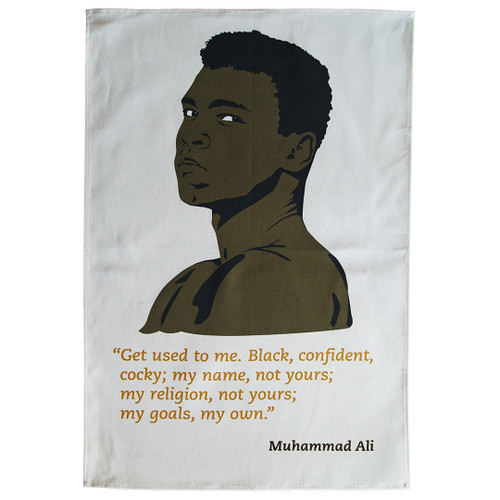 He was born Cassius Clay and changed his name to Muhammad Ali, but the name the world knew him by was simply, 'The Greatest.’ Through his remarkable boxing career, Ali is widely regarded as one of the most significant and celebrated sports figures of the 20th century and was an inspiring, controversial and polarising figure both inside and outside the ring.

Ali started boxing as a 12-year-old because he wanted to take revenge on the boy who stole his bike, and at 25, he lost his boxing licence for refusing to fight in Vietnam. (‘Why should they ask me to put on a uniform and go 10,000 miles from home and drop bombs and bullets on brown people in Vietnam when so-called Negro people in Louisville are treated like dogs and denied simple human rights?’ He demanded.) It was perhaps the only time he surrendered: millions of dollars, the love of his nation, his career… but it was for what he believed in. And although his views on race were often confused, this was just one example of his Civil Rights activism.

Ali became a lightning rod for dissent, setting an example of racial pride for African Americans and resistance to white domination during the Civil Rights Movement. And he took no punch lying down – neither inside the boxing ring nor in the fight for equality: after being refused service in a whites-only restaurant in his hometown of Louisville, Kentucky, he reportedly threw the Olympic gold medal he had just won in Rome into the Ohio River.