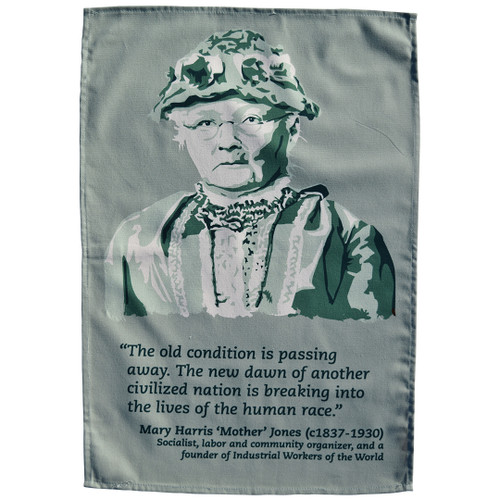 Mary G. Harris Jones was born in Cork, Ireland, but her family moved to Canada during her teenage years, and later to the US.
After losing her husband and children to yellow fever in 1867, and her dress shop to the Great Chicago Fire in 1871, Mother Jones became “the most dangerous woman in America” for her efforts in organizing mine worker protests at poor working conditions.
She was sentenced to 20 years in prison for conspiring to commit murder and other charges, but was released after only 85 days, when Indiana Senator John W. Kern started an investigation into the conditions in the local coal mines.
In 1905, she co-founded the Industrial Workers of the World.