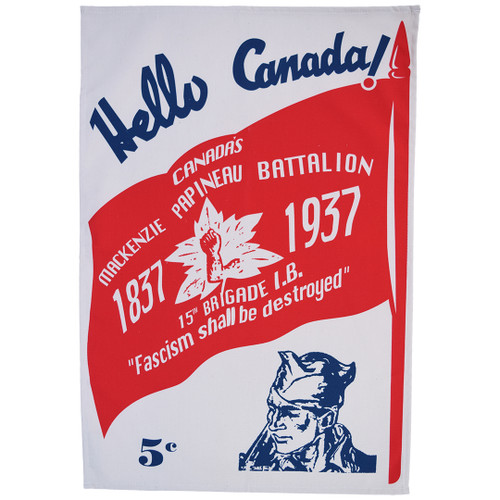 The Mackenzie–Papineau Battalion (or Mac-Paps) were a battalion of Canadians who fought as part of the XV International Brigade on the Republican side in the Spanish Civil War in the late 1930s. Except for France, no other country had a greater proportion of its population volunteer in Spain as did Canada. The XV International Brigade, made up also of volunteer battalions from the United States and Britain, was involved in the Battle of Jarama, in which nine Canadians are known to have been killed. It also fought at the Battle of Teruel, the Aragon Offensive and the Battle of the Ebro, a decisive Nationalist victory which broke the back of the Republican forces. The International Brigades were withdrawn on September 21, 1938 and Madrid fell six months later on March 28, 1939. By the end of the war, of the 1,546 Canadians known to have fought in Spain 721 had died.

When they returned to Canada many Mac-Paps were investigated by the RCMP (Royal Canadian Mounted Police) because of communist party affiliations. Some were denied employment. A good number of veterans fought in the Second World War, but others were prohibited, classified under "political unreliability" as "premature antifascists".

Our tea towel is inspired by the cover of a pamphlet, Hello Canada!, issued by the Mackenzie-Papineau Battalion. The pamphlet told the stories of its members during the Spanish Civil War.