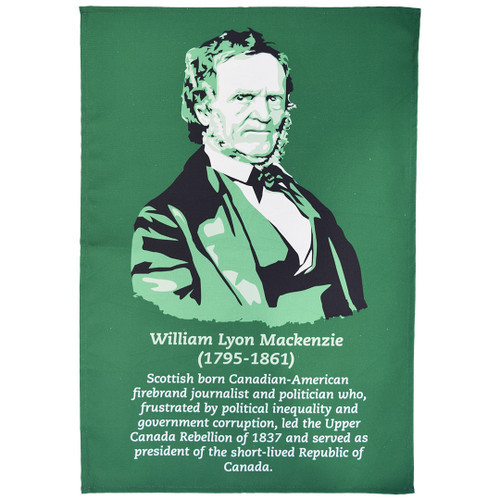 William Lyon Mackenzie was a Scottish-born Canadian-American journalist and politician. His strong views on political equality and clean government drove him to outright rebellion in 1837 after a career as mayor of Toronto and in the colonial legislative assembly of Upper Canada. He led the 1837 Upper Canada Rebellion and during its bitter end he set up a small rebel enclave named "Republic of Canada", where he served as president December 13, 1837 to January 14, 1838. After a period of exile in the US, he returned to Canada and served as elected member of the Legislative Assembly of the Province of Canada from 1851 to 1858.