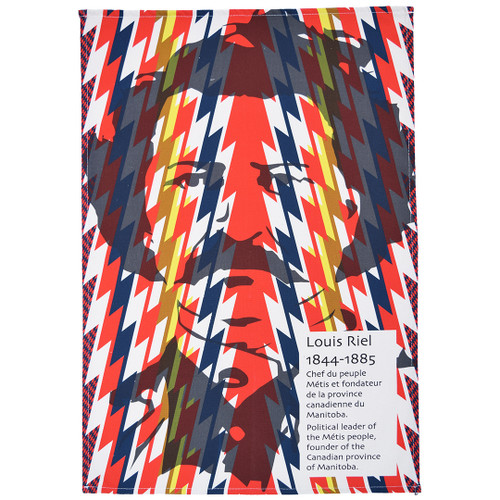 Louis David Riel was a Canadian politician, a founder of the province of Manitoba, and a political leader of the Métis people of the Canadian Prairies. He led two rebellions against the government of Canada and its first post-Confederation prime minister, John A. Macdonald. Riel sought to preserve Métis rights and culture as their homelands in the Northwest came progressively under the Canadian sphere of influence. Over the decades, he has been made a folk hero by Francophones, Catholic nationalists, native rights activists, and the New Left student movement. Arguably, Riel has received more scholarly attention than any other figure in Canadian history. This tea towel uses a traditional Métis-style pattern as its backdrop.