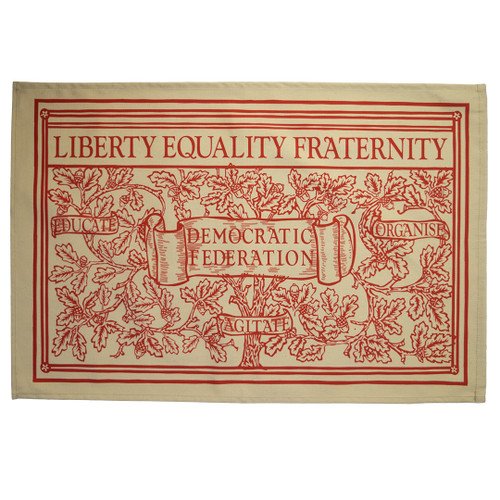 He was a radical in both his art and politics, refusing to follow the consensus. Disillusioned by the Victorian era's focus on dehumanising industrial systems that produced poor-quality, 'unnatural' objects, Morris championed a principle of handmade production, establishing the British Arts and Crafts Movement. Aware of the deep divisions in contemporary society, he declared himself a socialist, and in 1884 he helped set up a new group called the Socialist League, making frequent street-corner speeches and using his fame and artwork to further these objectives. So, go on ­– add to basket. What better way to become a card-carrying socialist in your own kitchen?