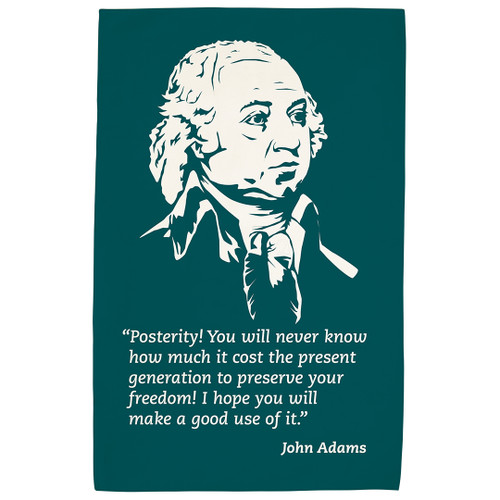 John Adams (1735-1826) was the second President of the United States, the first Vice President under George Washington, and one of the nation's 'Founding Fathers'. Adams was a delegate from the state of Massachussetts to the Continental Congress, which eventually declared independence from Britain. His closest adviser was his wife Abigail, who played an important role advocating rights for women. His son, John Quincy Adams, became the US's sixth President. Adams died on the same day as his rival, fellow Founding Father Thomas Jefferson, and also on the 50th anniversary of the adoption of the Declaration of Independence.