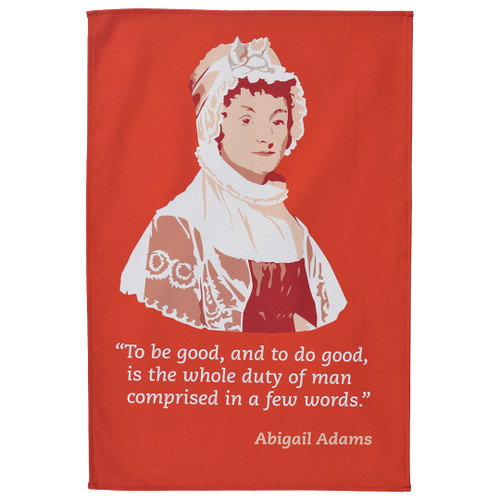 Abigail Adams (1744-1818) was the wife of Founding Father John Adams, and also his closest political advisor. She became the second First Lady of the United States when her husband assumed the Presidency in 1797. Abigail exchanged numerous letters advising John during the course of his stay in Philadelphia while participating in the Continental Congresses, and these letters are a major historical record of the period's politics. Despite not receiving formal schooling, Abigail was known as highly intellectual and open minded, and was an early advocate of women's rights and the abolition of slavery. She was also mother to John Quincy Adams, the sixth President of the US.