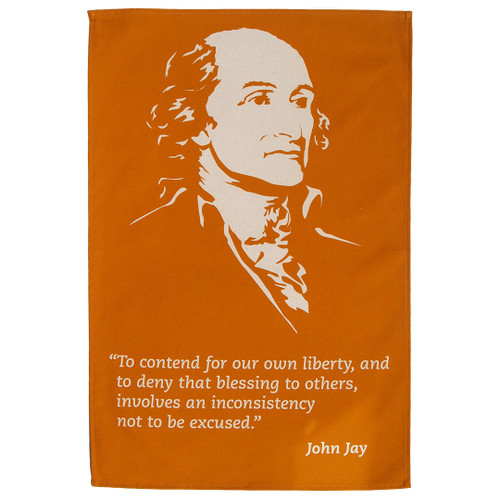 John Jay (1745-1829) was the first Chief Justice of the United States, and one of the 'Founding Fathers'. Jay was a contributor to the 'Federalist Papers' which sought to ratify the US Constitution, was a proponent of a strong federalist government and leader of the Federalist Party. After completing his term as Chief Justice, Jay served as Governor of New York where he opposed slavery. Jay turned down the opportunity for another term as Chief Justice, preferring to retire to his farm.