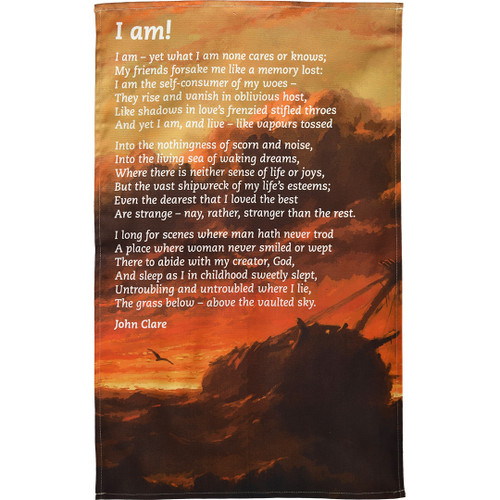 John Clare (1793-1864) has been called "the greatest labouring-class poet that England has ever produced". He was born in Helpston, north of Peterborough, the son of a farm labourer and started to publish poems in his youth in an attempt to stop his parents' from being evicted from their home. The first work to appear was Poems Descriptive of Rural Life and Scenery in 1820. His poetry celebrates the English countryside and laments its disruption. In his time, Clare was commonly known as "the Northamptonshire Peasant Poet".

But Clare's life was a constant struggle to earn a living, support a family and fight against ill-health and depression. Clare was constantly torn between the two worlds of literary London and his often illiterate neighbours, between a need to write poetry and the need for money to feed and clothe his children. His health began to suffer and he had bouts of depression, which worsened after his sixth child was born in 1830 and as his poetry sold less well.

In July 1837, convinced he was a burden on his family, he voluntarily entered High Beach asylum in Epping Forest and in 1841 was committed to Northampton General Lunatic Asylum, where he remained for the rest of his life. Here he wrote this, his most famous poem, "I am", a powerful cry from the depths of depression and loneliness and the desire to find peace.

His biographer, Jonathan Bate, claimed "no one has ever written more powerfully of nature, of a rural childhood, and of the alienated and unstable self".