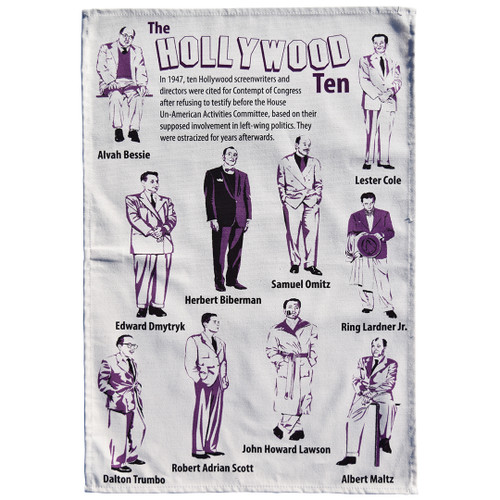 The ten individuals who defied the House Un-American Activities Committee (HUAC) were:

These men were mostly screenwriters who became known as the Hollywood Ten. They committed the ‘crime’ of being members (or alleged members) or sympathisers with the Communist Party at the beginning of the Cold War with Russia.
During the HUAC hearings, they found their right to belong to any political organization they chose, as stated in the First Amendment, violated. In 1947, each of them were sentenced to one year in prison, for contempt of Congress.
The blacklist ended in the 1960s.