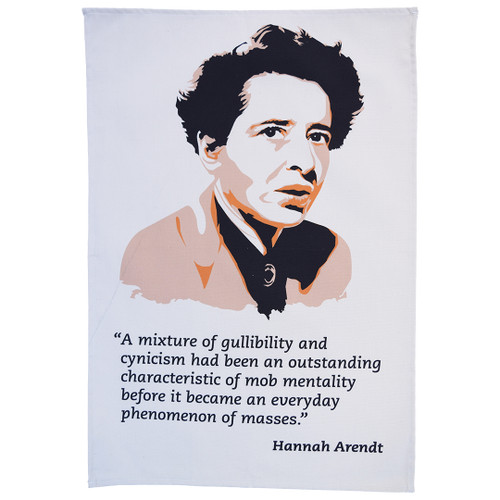 Hannah Arendt Bluecher was a German-American philosopher and political theorist. She is best known for two works that had a major impact both within and outside the academic community: The Origins of Totalitarianism, published in 1951, a study of the Nazi and Stalinist regimes that generated a wide-ranging debate on the nature and historical antecedents of totalitarianism, and The Human Condition, published in 1958, an original philosophical study that investigates the fundamental categories of human activity (labour, work, action) and discusses how they have been affected by changes in Western history.

Arendt is widely considered one of the most important political philosophers of the 20th century.