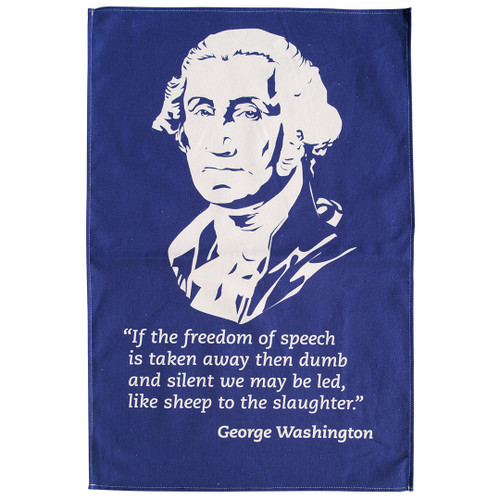 ‘If the freedom of speech is taken away then dumb and silent we may be led, like sheep to the slaughter.’

Sometimes you have to get back to the basics. So, here you go: George Washington, Founding Father and the first President of the United States. After fighting in the American revolutionary war against the British, Washington was unanimously voted the first President of America – making him the only president to have been so. Throughout his presidency he established much of the current presidential framework: the cabinet of advisors, the first Thanksgiving Proclamation, and the purpose of the White House (although he never lived it himself). He received a pretty hefty salary for doing all this too – in 1789, Washington's presidential salary was 2 percent of the total US budget! That didn’t stop him from having to borrow money to attend his own first inauguration though...

Washington was revered in life, in death, and in tea towels. He’s successful in gaining the people’s votes even today, too, with public polling consistently ranking him among the three most popular presidents in American history.