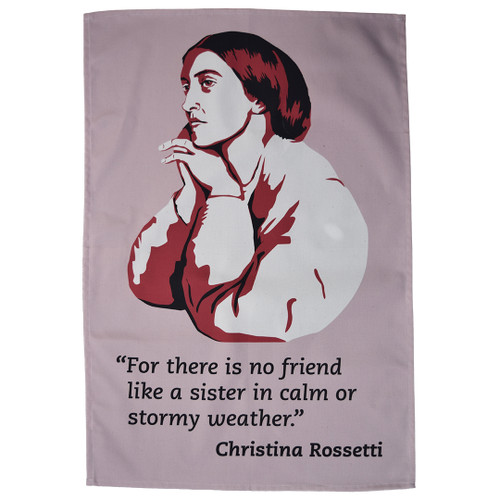 Skip to description
‘For there is no friend like a sister in calm or stormy weather.’

This tea towel celebrates Christina Rossetti (1830-1894), considered by many to be the greatest female poet of the 19th-century. At a time when women were largely expected to be seen, not heard, she made her mark, influencing many poets and writers that followed. Although ambivalent about women’s suffrage itself, sisterhood and solidarity were an important part of her values. Rossetti was opposed to slavery (ongoing in the American South), cruelty to animals (animal experimentation was very common at the time), and the exploitation of girls in under-age prostitution. Her empathy and compassion for her fellow sisters, humans, and living creatures are attitudes we can all endeavour to adopt.