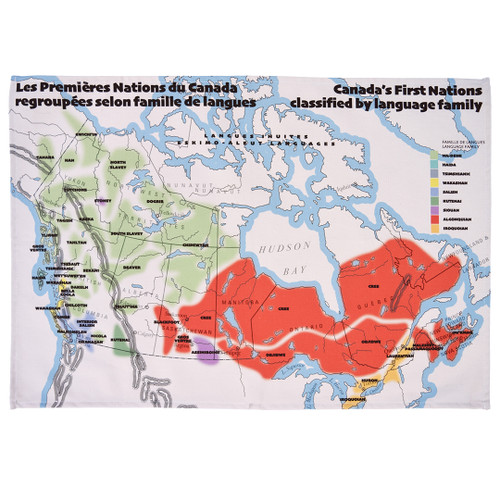 The term "First Nations" for Canada's so-called Indian peoples first started to be used in the 1980s (since many consider "Indian" to be offensive based on colonial ignorance). It groups together peoples with their own unique languages, histories and cultures and is a separate designation to the other indigenous peoples of Canada, the Inuit of the Arctic region and the Métis who trace their origins to both original North Americans and Europeans.

This map shows the approximate areas the First Nation language speakers occupied on the arrival of the European settlers.

Throughout Canada's history indigenous communities have faced many hardships. This tea towel celebrates Canada's respect for cultural and linguistic diversity of which the country is rightly proud.