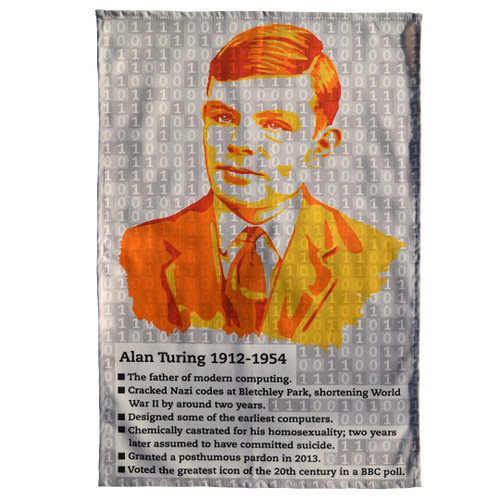 The father of modern computing? That’s Alan Turing. During WWII, English mathematician Turing began working at Bletchley Park, Britain’s secret headquarters for its codebreakers. He played a pivotal role in enabling the Allies to defeat the Nazis in the Battle of the Atlantic, most notably cracking the ‘Enigma’ code, which was used by the Germans to encipher their military and naval signals. Until Turing, this was supposedly an impossible task as the cipher was changed every day. But Turing did the impossible – and the invaluable: it has been estimated that this work shortened the war in Europe by more than two years and saved over 14 million lives.

Tragically, Turing's accomplishments were never fully recognised during his lifetime due to his homosexuality, then a crime in the UK. In 1952 he was prosecuted for homosexual acts and accepted chemical castration treatment as an alternative to prison. It wasn’t until 2009 that British PM Gordon Brown officially apologised on behalf of the British government.

His impact on computer science is commemorated in the annual ‘Turing Award’ – the highest accolade in the industry; the ‘Turing Law’ of 2017 saw the pardon of 50,000 men who were convicted under historical legislation that outlawed homosexuality; and in 2019, Radical Tea Towel created the Alan Turing Tea Towel to honour him and his incredible code-breaking. Speaking of which, how good are you at breaking codes? There's a secret code buried in this tea towel – see if you can crack it…