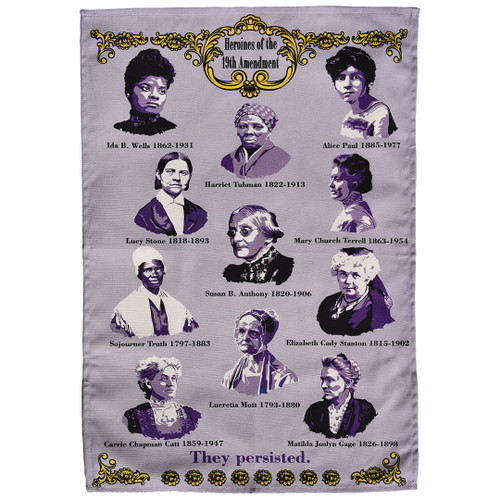 The 19th Amendment was a start in the process of enfranchisement, however. And some of the brave souls and pioneers whose fearless campaigning led up to this epoch-making advance are celebrated in our 19th Amendment Heroines tea towel.

- Sojourner Truth who was the first African American woman to win a court case to rescue her child from slavery.

- Mary Church Terrell, one of the first African-American women to earn a college degree and a national activist for civil rights and suffrage.