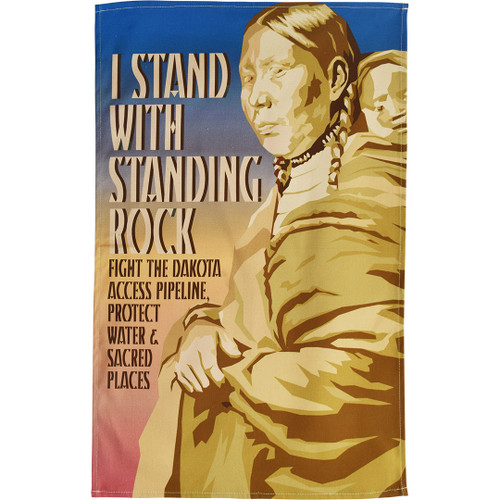 In April 2016, members of the Standing Rock Sioux tribe set up a camp to protest against the nearby Dakota Access Pipeline, which risked polluting the Missouri River. People from around the world came to voice their support, standing with Standing Rock in defence of sacred land. The Standing Rock take their name from a stone which resembles the figure of a woman carrying her child on her back and which is highly revered by the tribe. It is said to be the petrified form of a wife who stood her ground after the tribe and her husband (who had taken another wife) broke camp. The tribe returned to where she had remained and found her turned to stone. The stone now stands in front of the Standing Rock Indian Agency in North Dakota.

So be like the Standing Rock woman. Stand for what is good and holy.