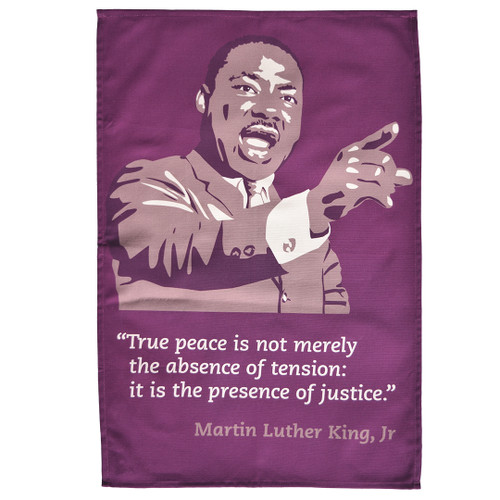 Skip to description
‘True peace is not merely the absence of tension: it is the presence of justice.’

In fact, nothing stopped him: despite being arrested more than twenty times and assaulted at least four times, King still travelled more than six million miles to give more than 2,500 speeches and take part in protests across the US between 1957 and 1968. In these years, he led a massive protest in Birmingham, Alabama, gaining worldwide attention, and directed a peaceful march on Washington, D.C. of 250,000 people, during which he delivered his historic ‘I Have a Dream’ address in which he called for an end to racism. He was awarded five honorary degrees; was named Man of the Year by Time magazine in 1963; and, upon receiving his Nobel Peace prize, he announced that he would turn over the prize money of $54,123 to the furtherance of the civil rights movement. Although King was assassinated in in Memphis, Tennessee in April 1968, his legacy as a global figure for equality and human rights lives on. Here’s our way of honoring that.