Born on this day in 1880, Jeannette Rankin was the first Congresswoman in US history

“If I am remembered for no other act I want to be remembered as the only woman who ever voted to give women the right to vote.” - Jeannette Rankin

Women’s suffrage in the US was a little peculiar because it didn’t happen all at once.

Whereas in Britain or New Zealand the vote was extended to women on a nationwide basis, some US States enacted suffrage before Congress did.

This led to the rather strange situation that Jeannette Rankin found herself in. 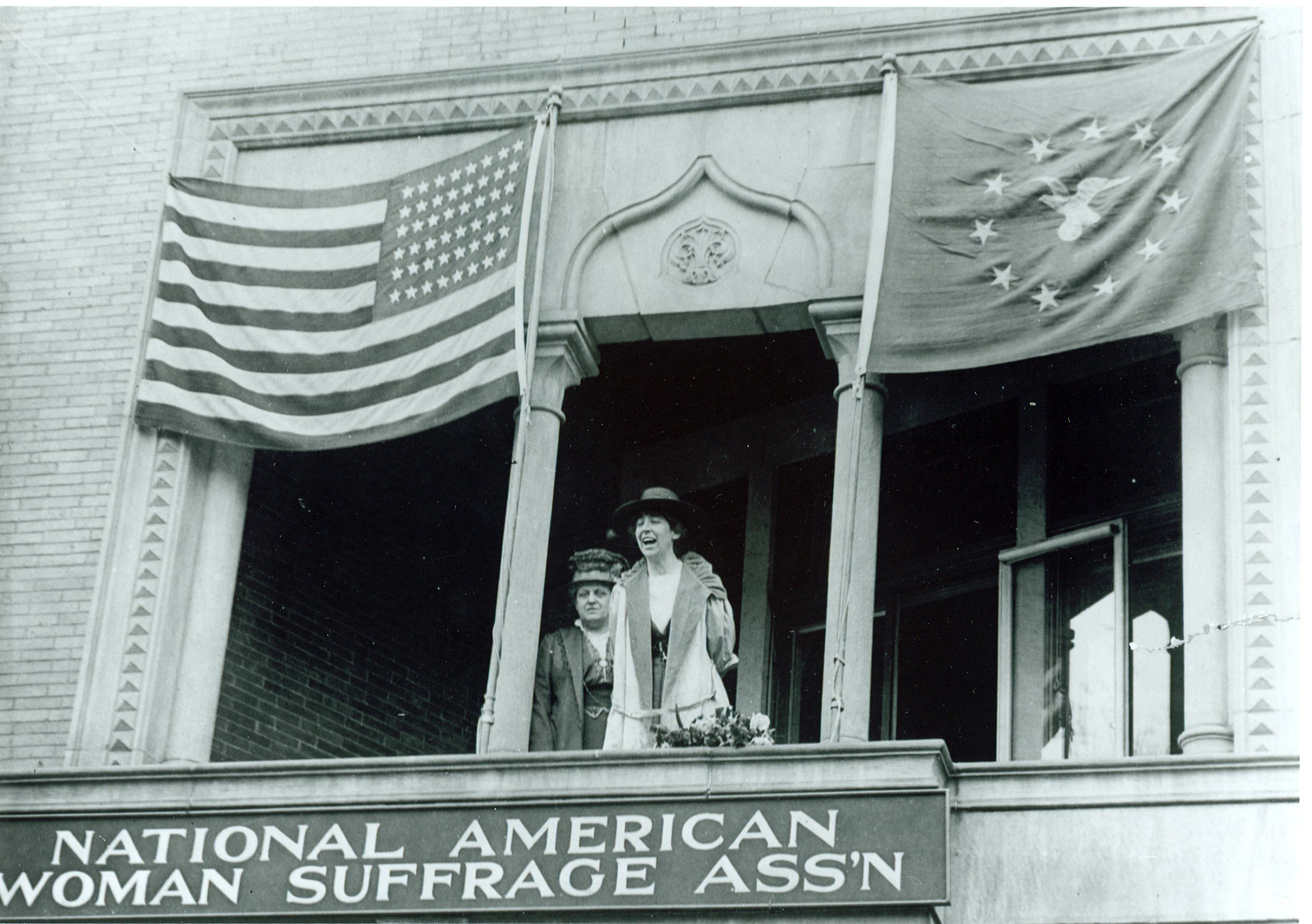 A suffrage activist from Missoula County, Montana, Rankin was elected Congresswoman for her home state in 1916, four years before the 19th Amendment.

Thanks to the struggle of women like Rankin, Montana had abolished the sex-based franchise in 1914, making it the seventh US State to do so.

With the help of the political allies she had made campaigning for suffrage, Rankin was then elected to the House of Representatives on the progressive wing of the Republican Party.

This made Rankin the first woman in the history of the US Congress.

But, while there was now one Congresswoman, there were still millions of American women legally voteless. 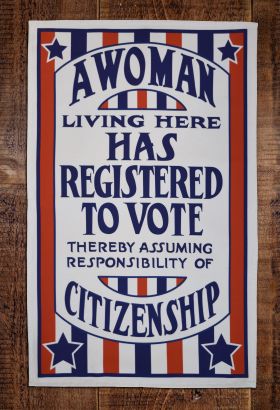 It wasn't until the 19th Amendment was passed in 1920 that women across America were given the right to vote.

Click to view our Woman Registered to Vote tea towel


So, with work left to be done, Rankin used her new position in Congress to at last drive through a constitutional amendment enfranchising women.

She was the one who first put forward what became the 19th Amendment – the ultimate triumph of her movement.

But suffrage was not the only thing on Rankin’s agenda. The late 1910s were not, after all, a quiet time in US political history…

In April 1917, Woodrow Wilson summoned Congress to an extraordinary session so that he could get the US to declare war on Germany and join the conflict in Europe.

Jeannette Rankin was one of only 50 members of Congress to vote against Wilson. A devout pacifist, she would not support America entering WW1.

Singled out for disproportionate abuse by the pro-war lobby, Rankin got support from the radical movement which was then mobilizing against the war. Figures like Fiorello LaGuardia and fellow suffrage fighter, Alice Paul, backed Rankin. 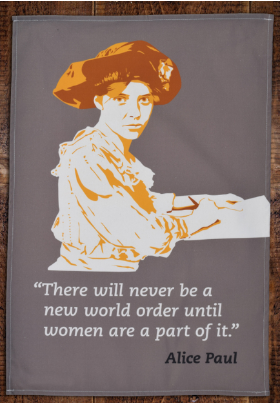 Alice Paul was a women's rights campaigner and suffragist who fought for the passing of the 19th Amendment.


After a long spell out of office, Rankin was back in Congress when Japan bombed Pearl Harbor in December 1941.

Even before the surprise attack, Franklin Roosevelt had been arguing for America to join the armed struggle against the fascist powers in Europe.

World War 2 was a very different conflict to the one Wilson had dragged the US into, and most American radicals changed their position accordingly. Figures like Paul Robeson, Woodie Guthrie, and Henry Wallace put their all into the war effort to defeat fascism.

But Congresswoman Rankin’s pacifism was foundational, not conditional. She was against all wars and acted accordingly.

On 8 December 1941, to a chorus of heckles, she was the only member of congress to vote against declaring war on Japan, saying, “as a woman I can’t go to war, and I refuse to send anyone else.”

Whilst many credentialed radicals did criticize Rankin’s failure to appreciate the unique nature of WW2 as a war which needed to be fought against fascism and genocide, the subsequent hounding and denunciation of her in the US press was unconscionable.

Her political reputation left in tatters, Rankin declined to run again in 1942.

But she lived a long life after the Second World War – long enough to return to radical fame as an elder in the struggle against the US invasion of Vietnam in the 1960s and ‘70s.

In January 1968, when she was 87 years old, Jeannette Rankin marched through D.C. at the head of 5,000 women protesting against the Vietnam War.

It was the largest women’s march in the US since the iconic Woman Suffrage Procession of 1913.

Rankin died in May 1973, after nearly a century of struggle built on unswerving principles of equality and peace.