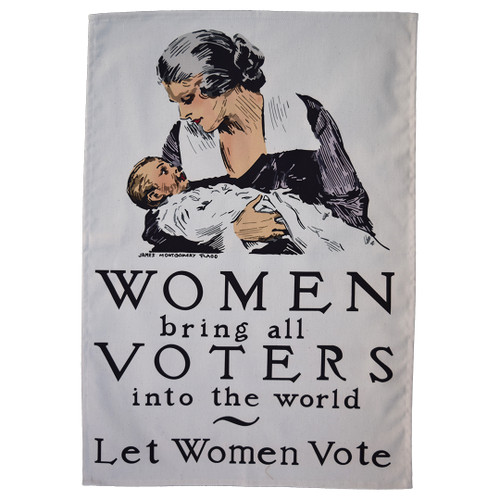 Well, they’re not wrong. Although this argument may seem less relevant to us now (as we know women are human beings in their own right and their value comes from more than their capacity to have children), this early 20th century US poster was making a pretty radical point in its time. It was a powerful message in favour of women’s suffrage, and maternity was often used as a central argument in the suffrage campaign. The movement was eventually successful in 1920, when the 19th amendment to the US constitution granted women (childbearing or otherwise) the right to vote, two years after the UK.

This vintage poster was designed by James Montgomery Flagg. (Flagg seemed happy to work for anyone who could pay - he also designed the Uncle Sam World War I recruitment poster "I want YOU for U.S army", based on the corresponding Lord Kitchener poster in the UK!)