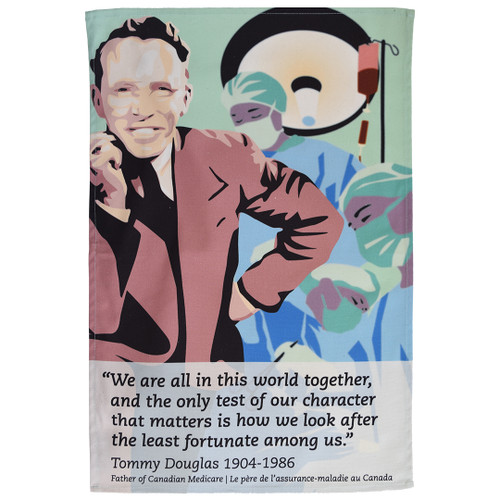 Thomas Clement Douglas was a Canadian politician who served as the seventh Premier of Saskatchewan from 1944 to 1961 and Leader of the New Democratic Party from 1961 to 1971. His cabinet was the first democratic socialist government in North America.

Douglas introduced medical insurance reform in his first term, and gradually moved Saskatchewan towards universal healthcare near the end of his last term. Although the Saskatchewan universal program was not finally launched until his successor's term in 1962, Douglas is now widely known as the father of Medicare, the publicly funded, single-payer universal health care system of Canada.

In 2004, a CBC Television program named Tommy Douglas "The Greatest Canadian", based on a Canada-wide, viewer-supported survey.