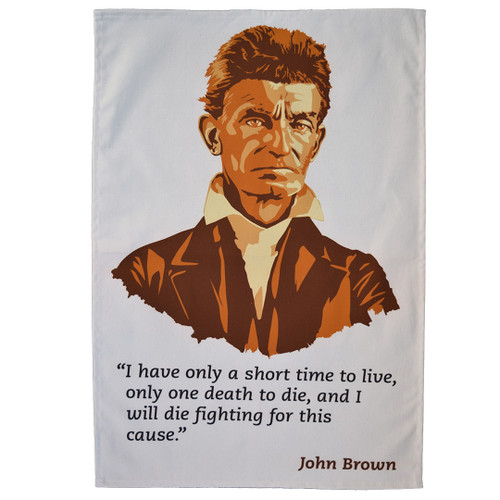 John Brown (1800-1859) was an American abolitionist who advocated the use of armed insurrection to overthrow the institution of slavery in the United States. He was dissatisfied with the pacifism of the organised abolitionist movement: "These men are all talk. What we need is action - action!"  In October 1859, Brown led a raid on the federal armoury at Harpers Ferry, Virginia intending to start a slave liberation movement and establish a state. The raid was a failure and he was hastily tried for treason against the Commonwealth of Virginia, the murder of five men (including three black men), and inciting a slave insurrection. He was found guilty on all counts and was hanged. Many black leaders of the time, including Frederick Douglass & Harriet Tubman, knew and respected Brown, and black businesses across the North closed on the day of his execution. The raid is generally thought to have done much to set the nation on a course toward civil war.

After the Civil War Frederick Douglass wrote "His zeal in the cause of my race was far greater than mine - it was as the burning sun to my taper light - mine was bounded by time, his stretched away to the boundless shores of eternity. I could live for the slave, but he could die for him."