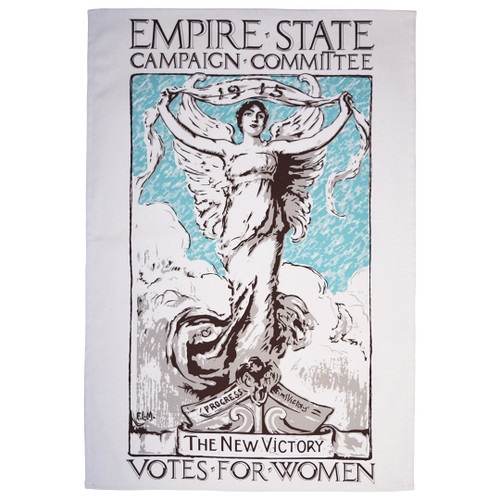 Women’s suffrage was achieved fully across the US in 1920, but individual states had been making moves much before then. In 1913, the Empire State Campaign Committee was formed as a coalition of women’s suffrage organisations. Led by Carrie Chapman Catt, the committee aimed to bring together women’s movements from across New York in an effort to win the vote for women there in 1915. Although this referendum was defeated, it was eventually passed two years later. Catt was later a leading figure in pressuring Congress to pass country-wide suffrage via the 19th amendment in 1920, becoming one of best-known women in the United States in the first half of 20th century.

This striking design is by Francis Luis Mora, originally from Uruguay but who grew up in New York. He travelled to Spain, where he was influenced by the Spanish masters.