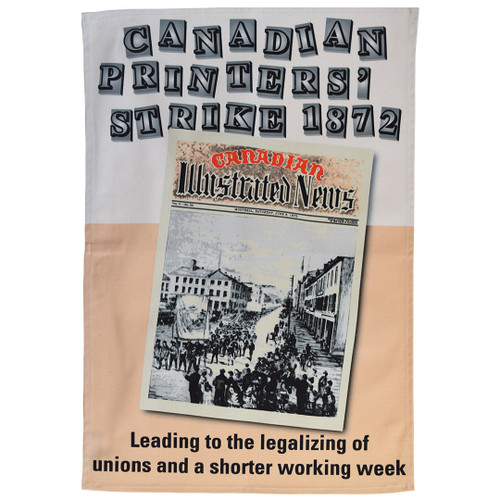 In 1872 many of Toronto’s print workers were working ten or more hours per day, every day, causing the Toronto Typographical Union to demand a nine-hour workday from the city’s publishers. This was part of the "Nine-Hour Movement", a demand that unions in Britain and the US (in the latter case, for an eight-hour workday) were making around the same time. But the employers refused and the printers walked off the job on March 25.

In those days union activity was criminal so the Toronto Globe publisher George Brown had the strike committee arrested for criminal conspiracy. The publishers hired replacement workers but the strikers had earned widespread support from other Toronto workers and on April 15 a crowd of 10,000 supporters showed up for a rally at Queen’s Park. This led the Prime Minister John A MacDonald to introduce the Trade Union Act on April 18th, legalizing and protecting unions and changing the lives of workers for the better.