In the California heat of August 1939, the officers of the Kern County Board of Supervisors banned a new book from the public schools and libraries under their jurisdiction.

Despite the book being a nationwide sensation in the United States – and written by a local boy from Salinas, California – the well-to-do board members claimed the book's realistic depictions of rural life in Great Depression America were too anti-capitalist.

The book was called The Grapes of Wrath. Its author, of course, was John Steinbeck.


Steinbeck and the Dustbowl Trilogy

Born 117 years ago today to a middling family of second-generation European immigrants, Steinbeck spent his childhood reading (a passion he picked up from his mother, Olive) and working summers on local ranches and sugar beet farms to earn a bit of extra cash.

After stints as a tour guide and caretaker, Steinbeck broke through as an author during the 1930s, under the long shadow of the Wall Street Crash.

The 1930s were the decade of Steinbeck's ‘Dustbowl Trilogy’, which exposed the desolation into which America’s rural poor had been thrown by the crash. 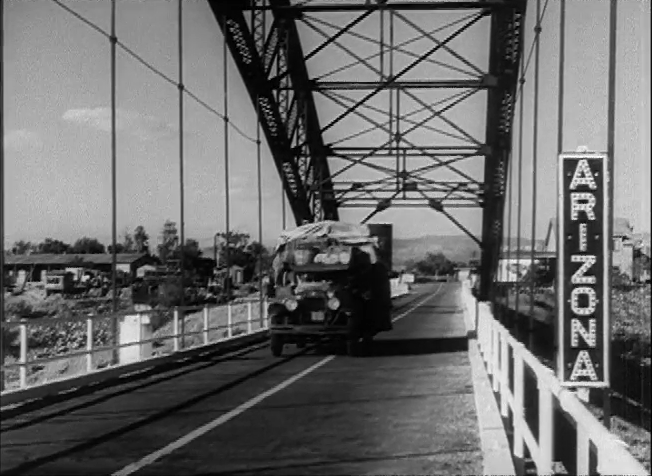 Above: A still from the trailer for the 1940 film adaptation of Steinbeck's seminal work

In Dubious Battle was published first, in 1936. It narrated a hard-fought fruit pickers' strike in California against the greed and barbarity of the region’s big landowners.

Of Mice and Men followed in 1937, exploring the bitter trials of protagonists George and Lennie out West as they tried to get by as traveling ranch workers in a harsh economy.

And then came The Grapes of Wrath, which focused on the Joad family, displaced from their farm by the fierce droughts which created the 1930s ‘Dustbowl’.

By the time the book was published, Steinbeck was probably the best known voice of social discontent in American literature. As Anders Osterling, a member of the committee which awarded the author his 1962 Nobel Prize for Literature, said of Steinbeck:

“His position as a social truth-teller is fully equal to his predecessors Sinclair Lewis and Ernest Hemingway.”


Steinbeck's attack on the status quo

But telling social truths in 1930s America was no easy thing.

Then as now, the country's one percent knew that with the 1929 Wall Street Crash and subsequent global economic crisis, their system of runaway capitalism had failed catastrophically.

They feared even ‘moderate America’ could become sympathetic to the kinds of socialist reforms previously only associated with radical figures like Emma Goldman and Eugene Debs.

Feeling threatened, defenders of the status quo responded like rabid dogs, lashing out wildly at even the slightest sign of reform. The era's elites fell back on a familiar lie for moments of financial crisis – “blaming immigrants and poor people” – as stated memorably in The Big Short (2015), a more recent tale of ruinous capitalism gone awry.

John Steinbeck’s writing cut through this lie with its empathetic portrayal of migrant laborers, trade unionists, communists, and others deemed undesirable by the establishment.

J. Edgar Hoover, the shadowy tyranniser of mid 20th century America, was forever using his FBI to hound Steinbeck (Hoover would do the same to Martin Luther King).

As Steinbeck observed after the publication of Grapes, not without a hint of nervousness in his voice:

“The vilification of me out here from the large landowners and bankers is pretty bad… It is completely out of hand; I mean a kind of hysteria about the book is growing that is not healthy.”

But John Steinbeck was built tough (just a few years later he would serve with US Navy commandos in the Mediterranean during World War II).

No amount of intimidation was going to stop him from using the written word on behalf of the downtrodden in California, America, and around the world.

Steinbeck died in 1968, after spending the post-war years writing against the cartoonish demonization of the Soviet people in his 1948 book A Russian Journal (co-produced with Frank Capa), while standing up for his buddy Arthur Miller against the House Un-American Activities Committee.

If there’s a round table in the heavens for writers who’ve put themselves at great risk in order to make visible those realities which the powerful would rather keep out of sight, then somewhere alongside the likes of Orwell, Rosa Luxemburg, and Frederick Douglass, there’s a seat reserved for John Ernst Steinbeck Jr.

Browse our Grapes of Wrath tea towel and other designs