Exactly 69 years ago, the United Nations General Assembly adopted the 'Universal Declaration of Human Rights'. And it's in part thanks to a special woman named Eleanor Roosevelt.

Using the position of First Lady


Eleanor first made a name for herself during FD Roosevelt's terms as President - a man she'd first met on a train to New York when she was aged 18, and later persuaded to stick with politics despite his polio diagnosis. In the 1930s, she completely redefined the role of the First Lady and often got herself in trouble for actually having her own opinions and daring to speak out.

She regularly stuck up for African Americans who were being denied New Deal benefits, and is credited with switching the support of many from the Republican Party to the Democrats.

She lobbied for the US to accept more refugees fleeing Nazism during the Second World War, at a time when suspicion of foreigners was high.

Eleanor wanted to help the downtrodden through any means. Even while she earned large fees for her media appearances, she was known for giving it all away to charities. 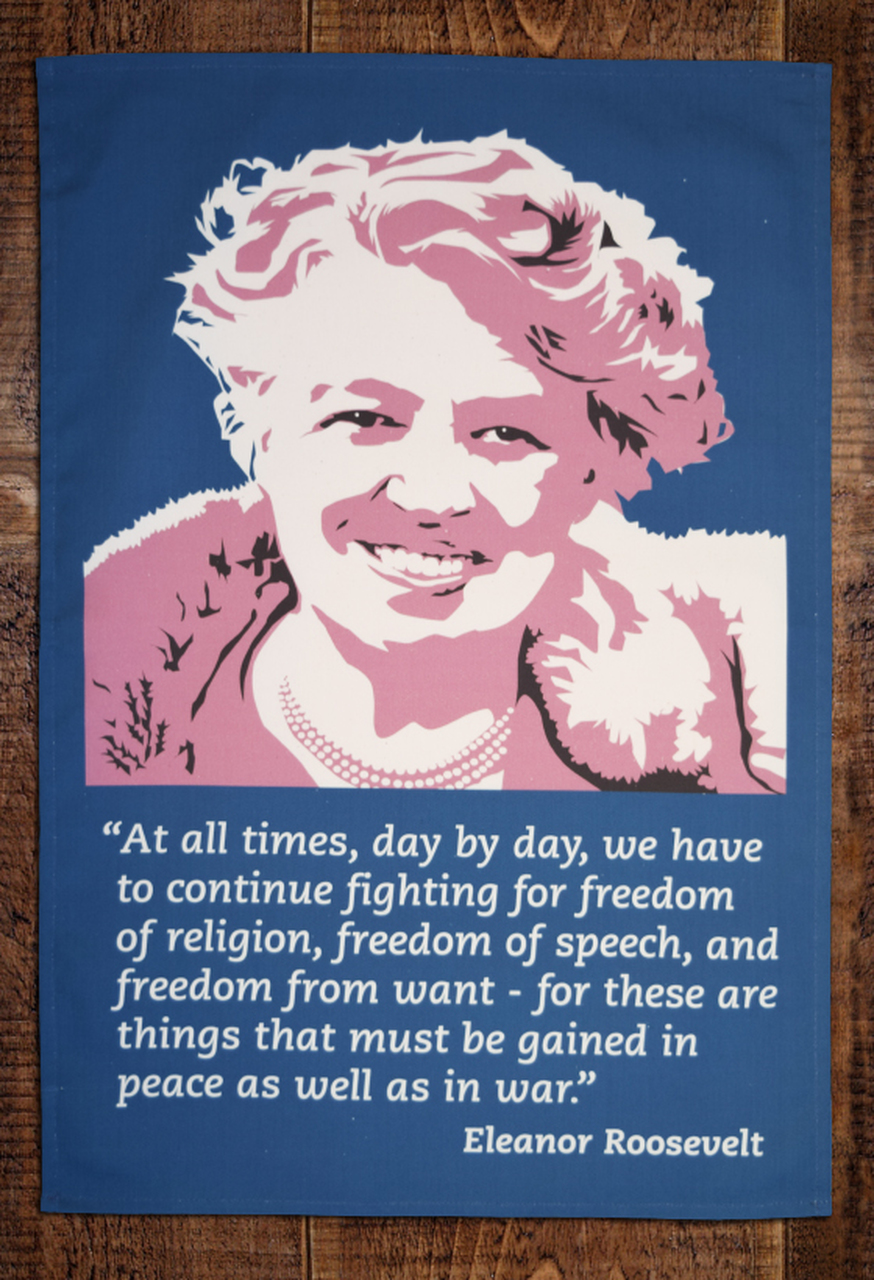 A legacy in her lifelong fight for Human Rights

As the Second World War drew to a close in 1945, Eleanor was recently widowed and in her 60s. Surely it was time to start taking a back seat in politics?

No way: her best work was still to come.

Eleanor made sure that the US joined and supported the fledgling United Nations organisation, and President Truman appointed her as the nation's first delegate to the UN General Assembly.

She became the first chair of the UN Commission on Human Rights, and along with others, drafted the Universal Declaration of Human Rights.

You could easily just think of the Declaration as a bit of paper with a few platitudes written down. We could even smirk and say that's all very well, that in practice human rights are not upheld.

But the Declaration matters - not because its lofty ideals for human dignity have been realised the world over (let's face it, there's a long way to go yet), but because it represented a real shift in the international consciousness after the horrors of the Second World War.

Eleanor died in 1962, working right to the end on civil rightsand women's empowerment.

And by then attitudes had changed: she was no longer seen as inappropriately outspoken or in the shadow of her husband.

She was a world leader in her own right.