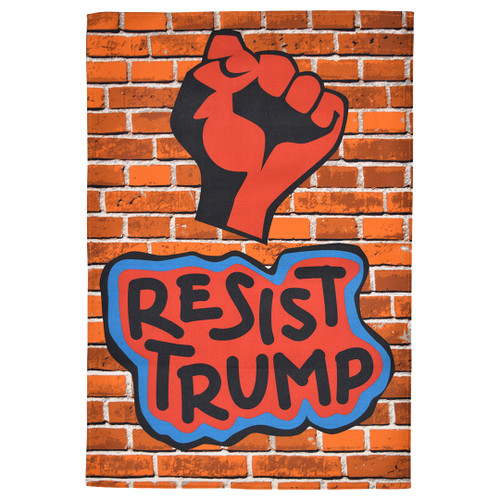 When Donald Trump was elected US President with a 2% smaller share of the popular vote than his Democratic rival Hilary Clinton, he vowed to reverse many of the liberal advances achieved by his predecessor Barack Obama. America did not take it lying down. Appalled citizens began to come together to express their outrage and protest against his policies. Just one day after Trump’s inauguration, 500,000 people took part in a Women's March in Washington DC, a crowd far larger than for the former event. And, in the years following, efforts by activists up and down the country to pressure their representatives and demonstrate have continued, becoming known as the Trump Resistance Movement. Through their resistance, they have succeeded in preventing Trump from passing healthcare reform that would deprive millions of poor people of aid and blocked his efforts to ban citizens from arbitrarily chosen foreign countries.

Resist Trump, not the washing up, with this bold tea towel!