In the wake of Trump’s latest racist Twitter outburst, we take a look at the century-long story of the American Right confronting its minority critics with threats of deportation.

We’ve all had to stomach news of Trump’s latest Twitter outburst over the last week – easily his most racist yet. 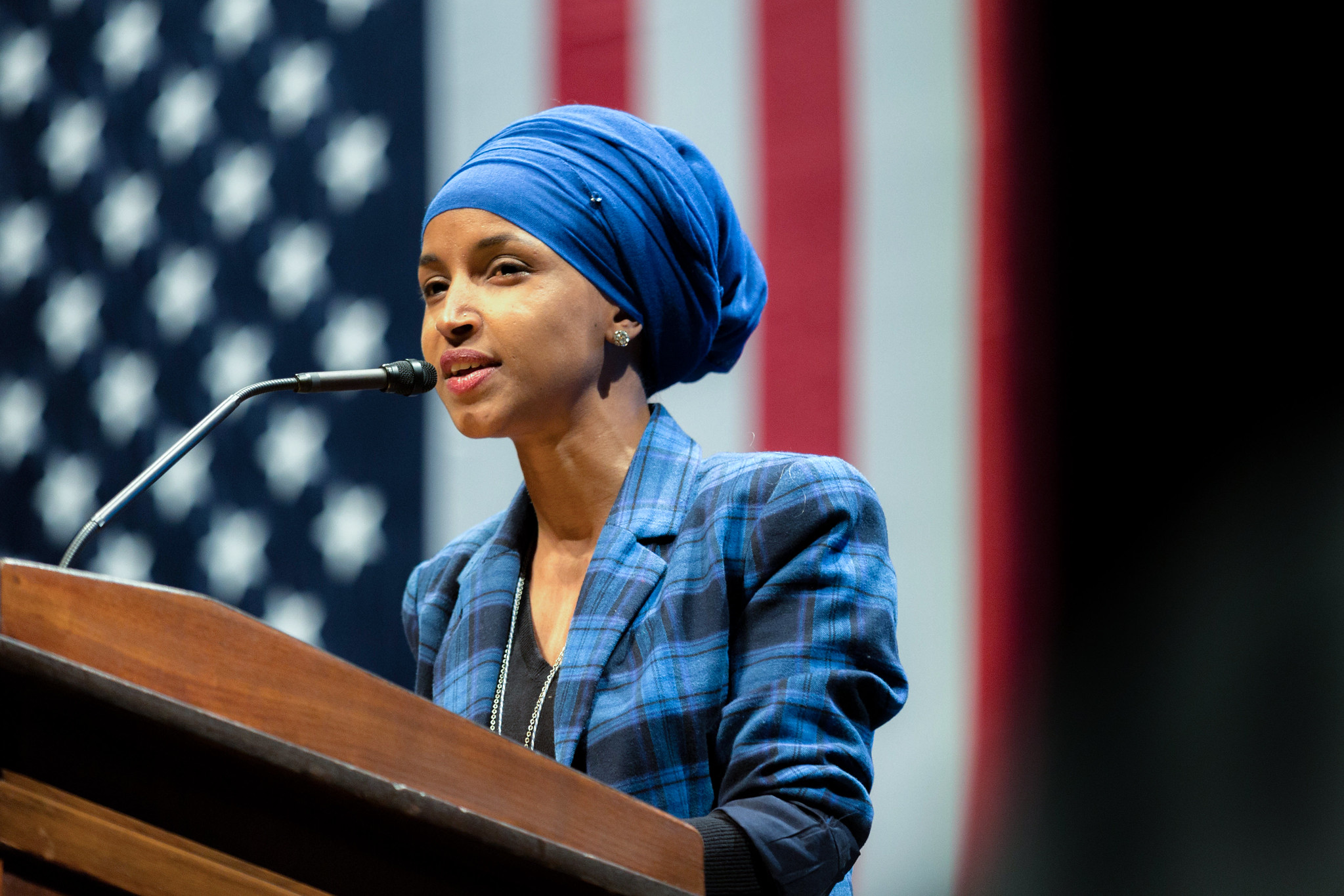 Above: Representative Ilhan Omar speaking at an event in 2016

He tweeted at the Squad – all four of them American citizens – that they should “go back and help fix the totally broken and crime infested places from which they came.”

Telling American women-of-color to ‘go back where they came from’ is racism, pure and simple.

Trump, of course, is unrepentant, while millions of us around the world – whatever our views on the Squad’s specific policies – are left repulsed, but unsurprised. This is, after all, textbook Donald Trump.

But it’s also textbook right wing politics in the US, which has a long, horrible history of telling – and at times forcing –progressives to leave the country.


From Woodrow Wilson to Donald Trump

It’s a history which goes back at least 100 years, to the end of the First World War.

Back in 1919, Americans had another man of racist temperament in their White House – the segregationist, Klan-sympathising Democrat Woodrow Wilson – and the political atmosphere was even hotter than it is today.

America had been polarized by World War I, split between those on the Left who’d opposed it and those on the Right who’d adored it.

In this divided climate, the political and economic system came under sustained attack from the millions of poor and marginalized citizens on whom it fed.

Socialist Party leader Eugene Debs had been thrown in jail simply for speaking out against the war; there was a General Strike of underpaid workers in Seattle; and the so-called ‘Wobblies’ of the Industrial Workers of the World (IWW) were as active as ever against militarism and economic injustice.

Struggling to conjure up reasonable counter-arguments, the Wilson White House, on behalf of the rich and powerful, threw slander and coercion at its left-wing critics instead.

Wobblies were baselessly accused of being German spies or working for Bolshevik Russia, and the Espionage Act of 1917 (under which Debs was jailed) gave the government unprecedented as well as unconstitutional powers to lock up its critics.


The Politics of Deportation: Emma Goldman and the Palmer Raids

Like Trump, Woodrow Wilson specifically targeted progressives whose families had recently moved to the US and, going even further than Trump, he didn’t just tell them to leave the country. He forced them to.

In December 1919, for example, the anarchist icon Emma Goldman – a Jewish-American, with citizenship, born in Lithuania – was forced onto a boat in New York and sent to Soviet Russia. 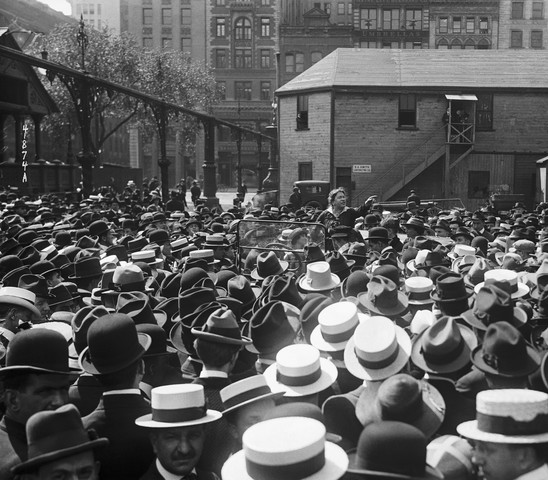 Above: Emma Goldman speaking to a crowd of workers in New York, 1916


Meanwhile a dynamic, dictatorial duo at the Department of Justice – Alexander Mitchell Palmer and a young J. Edgar Hoover – were busy with a campaign of mass raids on political opponents which would’ve made the East German Stasi look soft.

The ‘Palmer Raids’, as they came to be known, were a bloody sign of the police state developing under Wilson.

They were aimed at ‘Anarchists’ (which often meant nothing more than people with loose ties to left-wing organizations), and disproportionately targeted Americans from minority backgrounds like Goldman - Jewish, as well as Eastern and/or Southern European.

In November 1919, a raid in New York targeting Russian laborers arrested 650 people – many of them citizens – of whom 43 were deported.

Then, starting in January 1920, Palmer and Hoover went nationwide, when a massive series of violent police raids arrested no fewer than 10,000 leftists, of whom 556 were kicked out of the US.

Seen in this broader context, President Donald Trump’s latest racist carnival gimmick is hardly unprecedented in the history of American reaction; the idea that left-wing critics should leave the country because of their race is a trick as old as it is vile.

So how do we confront this kind of hate-based, racist politics?

The answer, like the problem, is in our history.

When Palmer and Hoover were raiding their way through the American Left in 1919-20, their most vocal critic was a new-born organization called the American Civil Liberties Union – the ACLU.

Trump would love to have the authoritarian powers of Palmer and Hoover to deal with his critics, but a century of activism – by the ACLU, the Civil Rights Movement, and others – has put vital, legal restraints on the Presidency, protecting the rights of people in the US, both as American citizens and simply as human beings.

It’s laws like these which mean Trump can’t send American citizens like ‘the Squad’ “back where they came from” just because he doesn’t like what they say about his horrible policies.

But at the end of the day, good laws are won and kept secure by good politics – the politics of compassion, solidarity, and humanity.

This is how we must confront Trumpism – and how we can support ‘the Squad’, as well as the many activists standing behind them, during this difficult time in American history.